How to Recover from a Costly Mistake 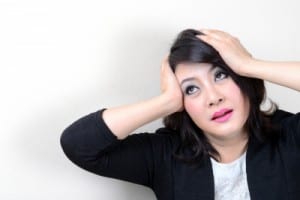 In hindsight, I don’t know how I missed it. Has that ever happened to you? A big problem was right in front of your face, but you didn’t see it? It’s embarrassing, even devastating, but that doesn’t mean you can’t recover from a costly mistake. In the hopes that others can learn from my failure, I am going to share my embarrassing, business damaging over sight.

The forms on my website broke. All of them. They weren’t broken for a few days, or a few weeks, or even a month. They were broken for several months. To be specific, the notifications weren’t working. And I didn’t notice. I did notice that the steady stream of inquiries that had been coming in through our website had dried up. It niggled at me. I wondered what had happened, or what I needed to do differently. But for some unfathomable reason, it never occurred to me that the issue could be technical.

When I realized what had happened, I was distressed. But when I went into the back end of my website, and found almost 30 inquiries that I had never responded to, I felt shock and despair. In many cases, these were business owners who had reached out to us for help, and I felt horrible that we had essentially ignored them. Not only could this be damaging to our brand and reputation, but these businesses were not getting the help that they needed. I hoped that at least some of them had found support elsewhere.

My initial reaction was to ask “how did this happen and who is to blame?” But those thoughts are unproductive, and I very quickly decided not to go there. Regardless of why the forms stopped working, I realized that the only productive way to move forward was to take responsibility for the situation. The buck stops here.

Before I addressed how to prevent this from happening again, I needed to address how to make it right with the people who had written to us and not gotten a response. I spent two days personally writing to each person who had submitted an inquiry. I apologized profusely, and offered them a free coaching session.

It was at that point that the silver lining began to appear. Not everyone responded, but those that did were very nice and forgiving about the situation. They said things that made me smile, feel better, and even laugh. And I was also able to see that even though I have a technology problem (which hasn’t been fully resolved yet), the good news is that our inquiries have not dried up at all, and we do not have a marketing or client attraction problem.

Almost half of those that I reached out to have so far taken us up on our complimentary coaching session. What I have learned is that how you handle a mistake is just as important as the mistake itself. People will forgive you and your company if they believe you are sincere and authentic in your desire to take responsibility and make the situation right.

My next step is to address the “system failure.” Not just the technology piece, but the human piece. The fact that I was so busy that I didn’t have time to focus on our lack of web inquiries tells me that my systems and routines are not good enough. From now on, I am going to institute a new system of checking all of our technology and business systems on a consistent basis, whether I think it’s working or not. It took a mistake to highlight that for me, but I am finding that the impact of that mistake could have been much worse than it was.

If you liked this post and want to make sure you don’t miss any future awesome Provendus blog posts, just sign up for our e-newsletter!

Scroll to top
We use cookies on our website to give you the most relevant experience by remembering your preferences and repeat visits. By clicking “Accept”, you consent to the use of ALL the cookies.
Cookie settingsACCEPT
Manage consent

This website uses cookies to improve your experience while you navigate through the website. Out of these, the cookies that are categorized as necessary are stored on your browser as they are essential for the working of basic functionalities of the website. We also use third-party cookies that help us analyze and understand how you use this website. These cookies will be stored in your browser only with your consent. You also have the option to opt-out of these cookies. But opting out of some of these cookies may affect your browsing experience.
Necessary Always Enabled
Necessary cookies are absolutely essential for the website to function properly. These cookies ensure basic functionalities and security features of the website, anonymously.
Functional
Functional cookies help to perform certain functionalities like sharing the content of the website on social media platforms, collect feedbacks, and other third-party features.
Performance
Performance cookies are used to understand and analyze the key performance indexes of the website which helps in delivering a better user experience for the visitors.
Analytics
Analytical cookies are used to understand how visitors interact with the website. These cookies help provide information on metrics the number of visitors, bounce rate, traffic source, etc.
Advertisement
Advertisement cookies are used to provide visitors with relevant ads and marketing campaigns. These cookies track visitors across websites and collect information to provide customized ads.
Others
Other uncategorized cookies are those that are being analyzed and have not been classified into a category as yet.
SAVE & ACCEPT